Dental implants now and then 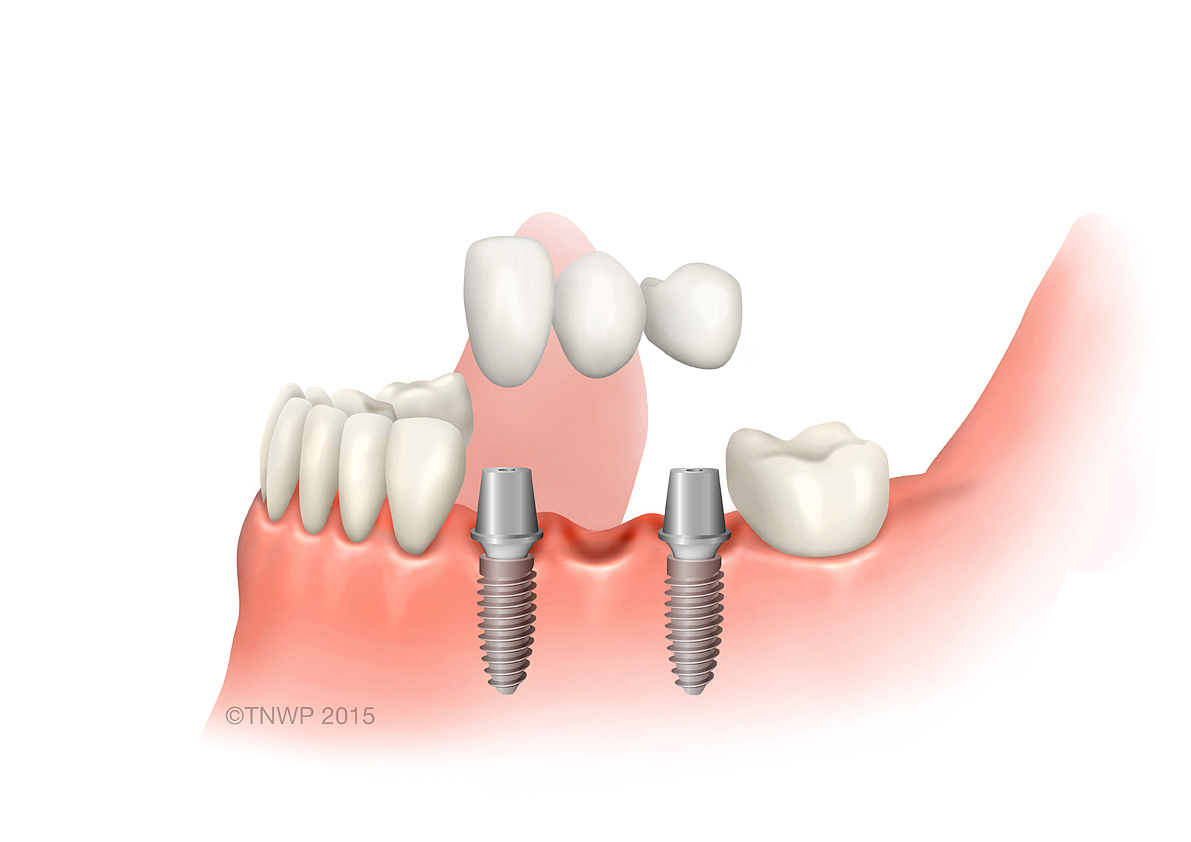 The benefits of being able to chew food and maintain a natural-looking smile have, throughout history, driven humans to replace their missing teeth.  Today, dental implants are considered the most advanced form of treatment to replace a lost tooth.  An implant is inserted into the jawbone to replace the missing root.  Usually made from high-grade titanium, a tooth implant looks like a screw.  It is placed directly into the jaw and fuses with the jawbone, a process called osseointegration.  After a period of healing, the implant supports a cosmetic, porcelain crown, that looks and feels like a real tooth.

How long have dental implants been available?

Dental implants have been available to patients for over fifty years.  Over recent decades, the design of the implant has been honed to provide an even more successful, reliable treatment for missing teeth.  Less refined alternatives were practised in the distant past.  Ancient remains in China have been discovered with carved bamboo pegs replacing lost teeth.  And copper pegs were found in the jawbone of an Egyptian king from 1000 BC.  It’s not known if they were placed before or after death.

What were early tooth implants made from?

It wasn’t uncommon in history for individuals to sometimes fill gaps in their mouths with teeth from other people (homoplastic implants) or even animals (heteroplastic implants).  In most cases, these second-hand teeth would lead to infection and be rejected by the body.  Around 600 AD, the Mayan civilisation used rudimentary implants fashioned from shells to replace teeth.  Human remains discovered in 1931 amongst Mayan ruins, had three carved shells in the lower jaw.  It was found that the bone structure around the shell had started to regenerate.

From the 1800s onwards, researchers began testing dental implants made of gold and metal alloys, but struggled to achieve success.  The bone would usually reject the implants, recognising them as foreign bodies.  The science behind successful dental implantology wouldn’t be understood until the latter half of the 20th century.

Why was titanium first used in implant dentistry?

Our current understanding of how dental implants work can be traced to 1952.  Dr Per-Ingvar Brånemark, an orthopaedic surgeon, was researching bone healing and regeneration.  He embedded titanium chambers into the bones of rabbits, and after several months attempted to remove them.  He found that he couldn’t, as the bone had fused with the chambers.  Titanium has a special biocompatible property that enables bone to adhere closely to its surface.  Dr Brånemark named this bonding process ‘osseointegration’. In 1965 he placed his first dental implant into a willing human volunteer.  The implant was still in place forty years later.

In the future, science might be able to provide alternatives to metal implants.  Scientists are taking stem cells from patients and using them to grow mature adult teeth.  However, as you might expect, this is complicated research that is still a long way from being a viable and affordable tooth replacement option.

How effective are dental implants?

Today, dental implants are widely regarded as being one of the best treatments for missing teeth.  In general they have a success rate of 95 percent and according to the Association of Dental Implantology, “Well-maintained implants placed into adequate bone can be expected to last for many years and possibly your lifetime.”

The advantages of modern dental implants include:

Dental implants can improve your smile and your confidence, and allow you to eat and speak without concern.  If you are considering dental implants, click4teeth can help you find a nearby implant dentist. Browse our UK directory of implant dentists.

You can have a free exploratory consultation to see if you are eligible for dental implant treatment.